Grand Nigeria Business News > International > AstraZeneca vaccine should not be given to people over 65, German health officials say

AstraZeneca vaccine should not be given to people over 65, German health officials say

Germany’s vaccine commission has recommended that the coronavirus vaccine developed by AstraZeneca and the University of Oxford should not be given to people older than 65 years, the German Interior Ministry said Thursday.

The Standing Committee on Vaccination at Germany’s Robert Koch Institute (RKI), the country’s main public health authority, has found there is insufficient data on the effectiveness of the vaccine for this age group, according to a statement from the ministry.
“It is not possible to make a statement for the effectiveness of the AstraZeneca vaccine in people over 65 years of age,” the statement said.
The United Kingdom, whose regulator approved the Oxford/AstraZeneca vaccine nearly a month ago, has been administering doses to people older than 65. 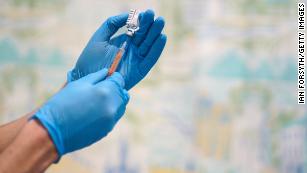 Europe has a vaccine shortage. So why is it fighting with AstraZeneca?
The German decision comes amid an ongoing dispute between the European Union and AstraZeneca over delays to the delivery of its coronavirus vaccine to the bloc.
AstraZeneca has said it can’t deliver as many doses as the EU expected, citing production challenges. But the European Commission, which ordered the vaccine on behalf of EU member states, says this is unacceptable, and the drugmaker must find a way to increase supply.
So far, the EU has ordered 300 million doses of the AstraZeneca vaccine — which could be approved for use by the European Medicines Agency as soon as Friday — with an option to purchase an additional 100 million doses.
Belgian health authorities — at the request of the European Commission — conducted “an inspection” of AstraZeneca’s Belgian production facility Wednesday “to ensure that the delay in the delivery of the vaccines is indeed due to a production problem at the Belgian site,” France Dammel, a spokeswoman for Belgian Health Minister Frank Vandenbroucke, said in a statement. 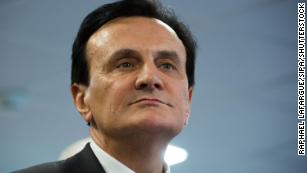 “Belgian experts are looking into the elements obtained during this inspection visit, together with Dutch, Italian and Spanish experts,” Dammel said, adding that the report is expected in a few days.
The German government expects the country to face shortages in its supply of the coronavirus vaccine for at least another 10 weeks, Health Minister Jens Spahn said Thursday amid backlash over the pace of the government’s vaccine rollout program.
Meanwhile, the number of coronavirus infections per 100,000 residents across seven days in Germany has fallen below the critical threshold of 100 for the first time in three months, to 98, the RKI said Thursday.
German Chancellor Angela Merkel has outlined the government’s plan to reduce the incidence rate to less than 50 new infections per 100,000 residents within seven days in order to be able to track and trace infections.