The suspect was arrested on Monday, February 1st, 2021 during the inward clearance of passengers on Ethiopian airline at the E arrival hall of the MMIA.

According to the Commander, MMIA command of the NDLEA, Mr Ahmadu Garba, Ukaegbu Onyekachi arrived Nigeria on board Ethiopian airways from São Paulo, Brazil via Addis Ababa.

“The hard drug was cleverly concealed in T -shirts stickers but he couldn’t escape the eagle eyes of our detectives”, Garba stated.

Operatives of the FCT Command of the agency have also raided a number of drug spots in Abuja, where 14 persons including three men in military uniform suspected to be fake soldiers were arrested and different quantities of cocaine, codeine, rohypnols and Indian hemp were recovered.

Some of the drug spots raided in the FCT at the weekend include Wuse Zone 4 and 5; Wuse by Banex plaza and Garki by Torabora, others are Area 1 by Gwagwalada park; Dagwa village and Abattoir in Karu.

According to the FCT commander of the agency, Lawan Hammisu, “the 14 persons arrested are being investigated in connection with the recovery of 34.8kg cannabis sativa.

Also seized were other quantities of Cocaine, Codeine and Rohypnols. 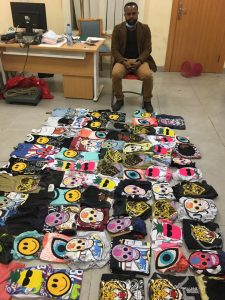 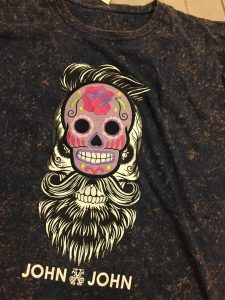 Implementation Of Increased Payment For Pensioners Begins From May- FG

We Are Not In Financial Crisis Over FAAC Remittances

GeneralMDAMinistry of Finance, Budget and Planning