Prince Harry and Meghan, Duchess of Sussex, have agreed with Queen Elizabeth II that they will not be returning as working members of the British royal family, Buckingham Palace announced Friday.

The decision means that honorary military appointments and royal patronages held by the Duke and Duchess of Sussex will be revoked and redistributed among working members of the royal family, the palace said in a statement.
But the couple said they will continue to be committed to their duties in Britain and elsewhere — pointedly insisting that “service is universal.”
A review of the couple’s position since stepping back as senior royals last January was expected next month, but has been brought forward. 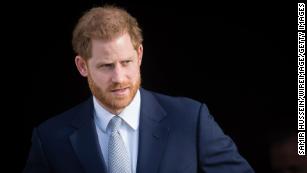 Prince Harry wins ‘significant damages’ in legal dispute with UK newspaper
Harry and Meghan are due to join Oprah Winfrey for a major interview on March 7 — their first sit-down appearance since leaving London for North America.
As long as the couple represented the Queen, they were always limited in what they were able to say publicly. Now it’s been announced that they will not be returning as working royals, they will be able to speak more freely in the interview.
The two camps both released statements on Friday, with the first announcement coming from the palace. The Queen has “written confirming that in stepping away from the work of the Royal Family, it is not possible to continue with the responsibilities and duties that come with a life of public service,” the statement said.
“While all are saddened by their decision, the Duke and Duchess remain much loved members of the family,” it added.
A spokesman for the couple responded Friday that the Duke and Duchess of Sussex “remain committed to their duty and service to the UK and around the world” and have “offered their continued support to the organisations they have represented regardless of official role.”
“We can all live a life of service. Service is universal,” the spokesman added. 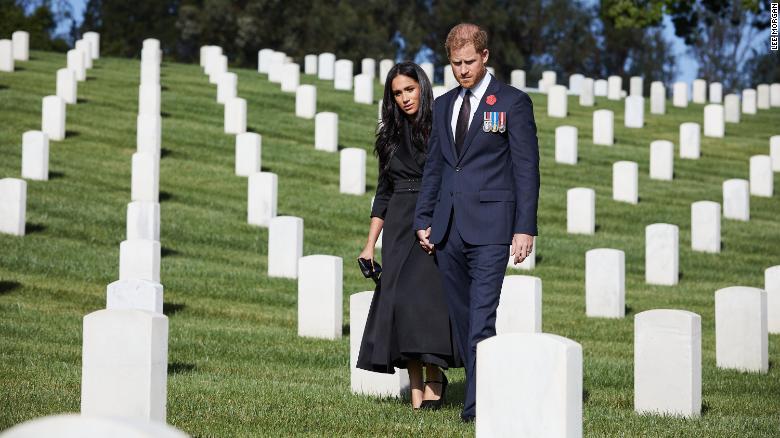 Photos: Royal romance: Harry and Meghan
Prince Harry and Meghan, Duchess of Sussex, recognized Remembrance Sunday by laying flowers at the Los Angeles National Cemetery on November 8, 2020. Remembrance Sunday, the Sunday closest to November 11, is the day the UK pays tribute to those who lost their lives in war.
The pair will retain their Duke and Duchess of Sussex titles, and Prince Harry is still sixth in line to the British throne.
A number of organizations that Harry or Meghan were patrons of, including the UK’s National Theatre and the governing body of English rugby, released statements Friday thanking them for their work.
The loss of the Harry’s military patronages will also come as a blow. He served in the British Army until 2015, attaining the rank of captain and has been heavily involved in veterans charities since leaving.
The announcement comes just days after the couple revealed that they are expecting their second child. Meanwhile, Harry’s grandfather, Prince Philip, is currently in a London hospital as a “precautionary measure” after feeling unwell.
Harry and Meghan have already begun the process of carving out their post-royal roles, building the foundations of their media empire with a number of high-profile deals. In December, they announced they would be producing podcasts for Spotify, and before that they signed a multi-year production deal with Netflix.
The couple have simultaneously sought to wrangle more control of their media coverage, publicly cutting off dealings with four of the United Kingdom’s biggest tabloid newspapers after years of strained relations and launching multiple legal campaigns against some publishers and picture agencies.
Tags:Prince Harry
Share on FacebookShare on Twitter
gnbnews2 weeks ago

Dwayne Johnson A.K.A ‘The Rock’ Drops Hints At Running For US Presidency