A team of World Health Organization (WHO) investigators is preparing to leave quarantine in the Chinese city of Wuhan and begin a long-awaited investigation into the origins of the coronavirus pandemic.

Members of the 13-person international team will finish their two-week quarantine in the next 24 hours, stepping out into a city that was once the center of the global outbreak but is now, a year on, largely returned to normal. Scrutiny of the team’s work will be immense, as they navigate what is likely to be a political minefield in uncovering how the virus that brought much of the world to a halt first emerged.
“The eyes of the world are focused on this, the opinions of the world are focused on this,” Dutch virologist and team member Marion Koopmans told CNN Wednesday morning, as she prepared for a final round of meetings before leaving her quarantine hotel.
“We are aware of it, there is no way around that. That’s why we really try to keep focused, we are scientists, we are not politicians, we are trying to really look at this from the scientific perspective.”
Part of that involves abandoning all preconceived notions about how the virus evolved and spread, to look at what the evidence says, and go from there, Koopmans said. The team has spent the past two weeks in video calls with each other and Chinese scientists, “discussing what we know, what we don’t know.”
Demand for answers will be great, especially after the investigation itself was delayed several times, but Koopmans cautioned patience.
“I think we really have to manage expectations, if you look at some of the earlier quests for the origins of outbreaks, they have taken years to complete,” she said. “The early and relatively easy studies have been done, have already been published.”
An earlier report by a WHO team in China, published in February 2020, found that “key knowledge gaps remain” about the virus, though it endorsed previous findings that the virus appeared to have originated in animals, with the likely first outbreak at a seafood market in Wuhan. 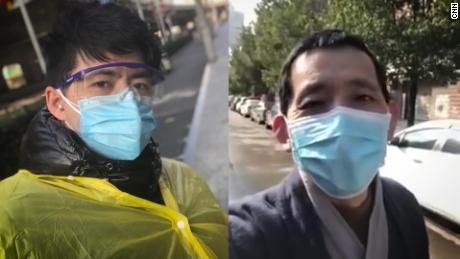 While the WHO team will be attempting to ignore the political element to their work, doing so may be difficult.
Last week, the Independent Panel for Pandemic Preparedness and Response said that both WHO and China could have acted faster and more forcefully to contain the start of the Covid-19 outbreak.
Several countries, most vocally the United States and Australia, have accused Beijing of downplaying the outbreak’s severity during its early stages, and preventing an effective response until it was too late. In particular, officials in Wuhan have been accused of silencing whistleblowers and concealing evidence of the virus transmitting between humans, in a replay of the 2003 SARS epidemic.
WHO itself also came under immense pressure, with then-US President Donald Trump saying last year that it was a “puppet” of China, and pulling Washington’s funding for the organization. Soon after his inauguration, President Joe Biden reversed that order.
As China has got the pandemic under control domestically, in stark contrast to the ongoing chaos in the US and much of Europe, Beijing has begun to push back forcefully on any accusations of blame, advancing alternate — and unfounded — theories about the origin of the pandemic, including conspiracies about a US military germ lab.
In Geneva last week, the head of the US delegation to WHO called on China to allow the team in Wuhan access to “care givers, former patients and lab workers,” and to share all scientific studies into animal, human and environmental samples taken from a market in Wuhan, Reuters reported.
“We have a solemn duty to ensure that this critical investigation is credible and is conducted objectively and transparently,” US representative Garrett Grigsby said, sparking a rebuke from China’s delegation, which accused him of “political pressure.” 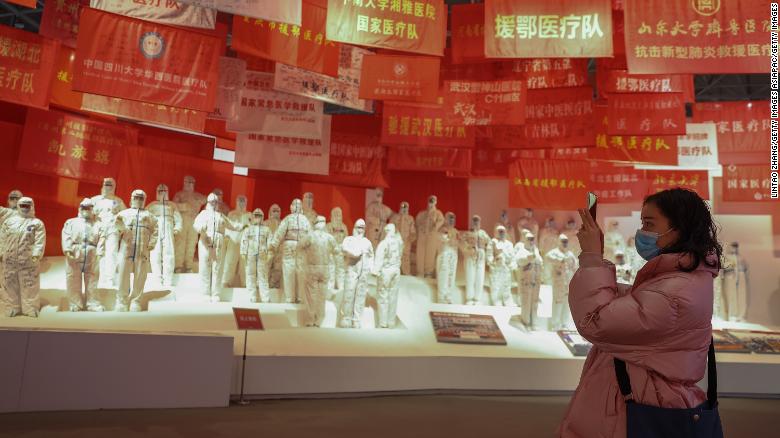 A woman wears a protective mask as she visits an exhibition in Wuhan, China, on the city’s fight against the coronavirus, on January 26, 2021.

A year on from when Wuhan entered lockdown, after the city has been repeatedly scrubbed and sanitized to wipe out any trace of the virus, there is skepticism over just how much the team of investigators will be able to uncover.
“It’s very challenging for anybody to find out the cause of this,” said Jin Dongyan, a virology professor at the University of Hong Kong. “It would be very difficult now to obtain any first line evidence to investigate the origin of the SARS-COV-2 and the index cases of Covid-19. It’s really challenging. And I doubt these international experts can find anything. I’m not very optimistic.”
To what extent the Chinese authorities are willing to cooperate is unclear, particularly as even senior health officials have begun to question whether the virus originated in Wuhan, advancing the “multiple origins” theory that was first put out by the country’s propaganda organs in an apparent attempt to deflect blame over the initial handling of the pandemic.
Yanzhong Huang, a senior fellow for global health at the Council on Foreign Relations, said that whether the WHO teams’ trip would be successful “depends a lot on how much the government is willing to be cooperative and accommodating in terms of sharing the research, allow them to have access to places of interest, talking to people they want to speak with.”
“The main problem is that this issue itself has been so politicized, makes it really difficult to conduct an independent, transparent, thorough investigation,” Huang said, adding that “the international society should also maybe lower their expectations, have a more realistic understanding of what this trip entails, especially given that they plan to wrap up the study in a few months, really we should not expect something magical.”